Google+
You are here: Home / food / These aren’t your favourite foods – they are your worst nightmare

Every time I look through Pinterest for food ideas I’m greeted with Slimming World and Weight Watchers versions of recipes. It seems there are Facebook groups and blogs dedicated to showing you how to make ‘syn free’ or ‘no point’(!) versions of your favourite foods in an attempt to stop you feeling so deprived.

Well, I’m calling BS and I’m about to tell you why this awful situation isn’t helping your health or your weight.

One of the reasons you’ve ended up unhappy with weight or size is because you’re too tempted by foods that may be considered ‘treats’ / bad / unhealthy – whatever word you want to use to describe it. Maybe you use them as therapy and overeat them when you’re feeling stressed or unhappy or maybe the idea that you ‘shouldn’t’ be eating them and the failure at not avoiding them gives makes you think f**k it and eat the lot.

Once you’ve got to this point, these foods – often described by marketers as your ‘favourite foods’ are nothing more than a crutch and a stick to beat yourself with in equal measure and for 2 reasons there is absolutely no point in trying to concoct an inferior but ‘healthy’ version.

What’s going on here is that by now your relationship with food is disordered. You see those foods as forbidden, unhealthy, naughty and bad. And as a result when you eat them you descend into guilt, shame, fear and despair. Guilt that you gave in and you failed, despair at your inability to stick to a healthy eating plan, shame at your greed and fear that you will be found out.

And as that raft of emotions add to the problems you had already, you use more and more of the food to soothe and displace the emotions, often eating until you just feel sick.

So, these foods aren’t your favourite foods, they are your worst nightmare. They call to you, taunting you, like an addict with a drug, you can’t keep away from them but you don’t really want them either.

These pale imitation foods are not a patch on the real thing. When you crave chocolate a Muller light just won’t cut it, it’s like offering a 40 a day smoker a candy stick (or candy cigarette as we called them in the 80s).  So creating a cheesecake from quark, Stevia, low fat digestives and half a teaspoon of low fat vegetable spread is neither the immediate hit you require nor tasty.  It doesn’t serve the purpose of the real thing and you either eat the whole thing (and feel all the same emotions as above) or you simply keep searching for something that really hits the spot or maybe even both.

Not to mention the fact that many of these workaround alternative recipes rely on oodles of processed food – far more highly processed than the ingredients in the real thing.

What you need is not a second rate alternative to a food that is your therapy but a new way of looking at your eating habits and your emotional needs. What you need is a way to eat with confidence, a new way to enjoy food without fearing it and a better coping mechanism for your negative emotions. 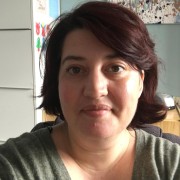 Rachel is creator, teacher and head cheerleader of the Beautiful Swans method for repairing your relationships with food, body and soul.

She is dedicated to helping you shake off the shackles of yo-yo dieting, strengthening your resilience and confidence whilst falling in love again with food, your body, yourself and your life.

Rachel struggled with her weight, body confidence and self esteem following a significant trauma at the age of 20. Having tried every diet she could find, from Slim Fast to Slimming World, WW & Atkins to dodgy slimming pills she bought off the internet(!) she yo-yo dieted for the next 15 years before she realised that the problem didn't lie with food but with the way she felt about herself.

In 2010 she set off on a journey of self discovery and self acceptance and vowed NEVER to diet again.

As a teacher and mentor she encourages you to accept where you are now, holds space for you to learn what brought you here and identify where you want to get to and helps you to put the steps in place to create the change you desire.

Her 6 month Beautiful Swans programme gives you all the steps and support you need to create a life where you accept all aspects of yourself and feel able to make progress in a way that lights you up.

She is also a fan of coffee, prosecco, avocadoes, meditation and history, is a hopeless romantic and married her partner of 20 years last summer.

Oh and she says 'fuck' a lot (you have been warned)!

Articles to get your teeth into…

This site uses cookies to make your experience better. If you continue to use this site we will assume you are happy with it. More info please